There was a time when I was in college that I had a fairly unique world view. It just took me a few years to really grasp it. While I attended college at a small Christian school (the kind that makes you go to chapel three times a week), I was also training with the Army ROTC program at a nearby university. In between my classes on the Old Testament and Christian theology, I was learning how to conduct ambushes and attack fortified bunkers.

It was a weird juxtaposition to say the least. It was also the birth of ‘Joe’. (If you haven’t read my post about ‘Joe’, you really should do that before reading further. You can do that by clicking here)

Joe, and by default I, saw the world as divided up into two categories; people and targets. I wish I could say that more gently than that, but it’s the reality of my perspective with/through Joe. The thing is, I just didn’t realize it. In fact, I wouldn’t fully realize it until years later.

A few years ago, I was having a conversation about a fairly large operation in Afghanistan with another chaplain. It turns out that this chaplain had served in a combat role during that same operation, so they had a unique perspective for the conversation. At one point, they made a comment that brought out two different reactions from me: horror and affirmation. He remarked that the operation was “back when the killing was free”.

There was no fondness for the sentiment, nor was there regret. It was simply a matter of fact.

Brady, the man who would become a pastor, was horrified at the callousness, and taken aback at just how casually something like that could be said.

But Joe got it, and nodded knowingly, like he understood perfectly what was meant.

In my previous post, I told you that Joe is always angry. He appears calm, cool, and collected. He definitely seems to be in control. And in truth, he is. Joe knows that there are only certain circumstances where anger is truly called for. In fact, as the years have gone on since that conversation, there have been fewer and fewer instances where Joe shows up angry. I’ve been able to put that anger away in Joe’s closet somewhere, and bury it underneath a whole lot of Jesus.

But it’s still there. And it always will be.

The idea that a part of me could agree that there is ever a time when “the killing is free” terrifies me. It frightens me to think about what it would have to happen for me to agree with that now. To be perfectly honest, having that anger has been a source of guilt and shame. I don’t feel very noble or heroic, traits civilians like to use to describe service members like me. After all, there’s a part of me (Joe) that understands that sometimes people aren’t people; they’re targets. In the face of the grace and love of Christ for all people, that world view can cause some conflicting feelings, like shame.

That guilt and shame could, and I’m just spitballing here, be the driving factor behind my motivation to help people find peace. Perhaps I’m simply trying to find it for myself.

Joe’s reality is very different than mine at times. The big picture he sees can be cold and harsh, where he doesn’t have time for half measures or hesitation. That anger keeps Joe alive in that harsh reality. 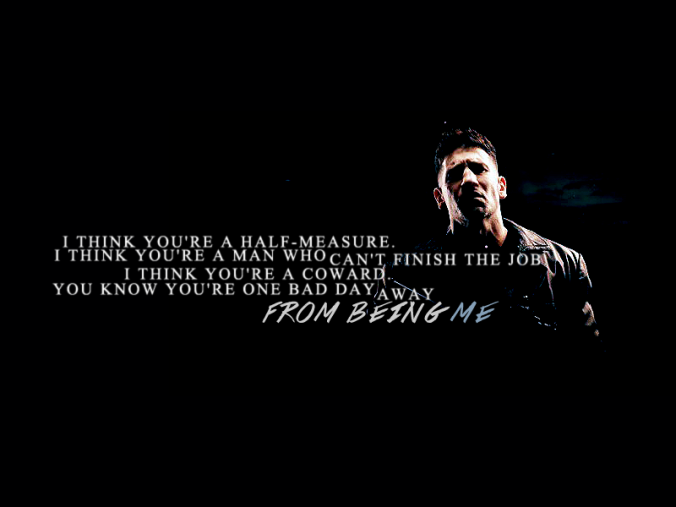 The thing is that I understand that anger serves a purpose for Joe. You see, Joe’s prepared to go into situations that Brady never could. Joe’s anger is a trained response to a threat. Warfare and conflict is something that humanity was never intended to participate in. We’re just, tragically, gifted at adapting. And that anger is simply a part of that adaptation.

I don’t write this to frighten, but rather to help myself process. And hopefully, I can help a few others process their own thoughts and feelings as well.

I am proud of my service to my country, but I am still wrapping my head around what it cost me. There are times I struggle to feel connected to the larger population, and it’s because I’ve been trained to see the world differently than most people.

Sometimes the world looks very different to me. Not because it is different; but rather because Joe is the one looking at the world.

2 thoughts on “Back when the killing was free…”

Let me know your thoughts down below. Cancel reply